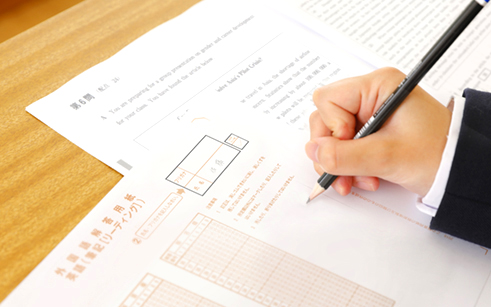 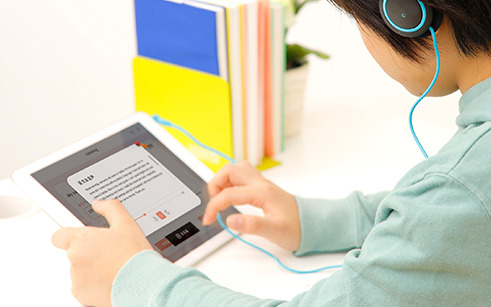 My name is Peggy. Last year I enjoyed Christmas very much. My grandmother visited us and she brought many presents. She brought more presents than Santa! My favorite present was my new TV. I put it in my room on top of my desk. It is very *modern and big. We also had a delicious meal. It was chicken, potatoes and salad. We had apple pie and ice cream for dessert. My sister loves apple pie so she was very happy.

My name is John. My friend, Hideki, lives in Tokyo but is from Osaka. He often visits Osaka when he has free time. Every time he goes, he brings back a sweet called "manju." In America we don't have manjus so it is very interesting for me. I am always very glad when he gives them to me, but sometimes he gives me too many. Last week, he gave me five! I was very full. Next time, I will have to give some to other friends, too.

Question: What is the problem?

Do you know what a "wearable" is? Today, "wearable" is short for "wearable devices," and refers to computerized accessories such as smart-watches, smart-glasses and fitness track bands. However, this meaning wasn't common until 1990. Originally, a "wearable" referred to anything you could wear on your body, including jewelry and clothing. Yes, even your shirt was a "wearable." In modern times, no one uses the original meaning anymore. If you *complimented someone on their skirt by saying, "I like your wearable," they would be very confused. There are many examples of words which have changed in meaning. "Meat" used to refer to any solid food. "Nice" used to be an insult. A "clue" used to be a ball of *yarn. Words change with time, just like humans. Next time you're talking with your grandparents, listen and see if they're using any words differently from you!

Question: When would it be appropriate to say "I like your wearable" in modern times?